This recipe works for (almost) everyone!

Besides being gluten free, this pie crust is also free from dairy, nuts, and nightshades (if you don't use potato flour as a substitute for tapioca). And, it's a gluten free pie crust without xanthan gum!

It all began when I discovered a very amazing, special pie crust recipe from Marty Curtis in his Marty's World Famous Cookbook. In the book, he details how the century-old nuns' pastry dough recipe was passed down through his family. We enjoyed visiting his cafe in the Muskoka region of Ontario, Canada, and eating his famous butter tarts back in my gluten-eating days.

As it turns out, the recipe converts very well for gluten free pie crust! It's been my little, not-so-secret secret for years! I give you detailed instructions with photos and video below, so you can make your own, too.

Separate the egg yolk from the white.

Add the juice of half a lemon to the yolk. Then add enough water to bring the mixture up to one cup (240 ml). Set this into the refrigerator until you're ready to use it.

Whisk the flours and salt together.

Cut the lard into the dry flour mixture with a few strokes of a table knife.

Then, continue to work it in with a pastry blender until it forms lumps about the size of peas.

Remove the egg yolk-lemon-water mixture from the fridge, and stir it with a fork or small whisk.

Pour it over the flour-lard mixture and stir it together 7 or 8 times.

Whisk the egg white until it's foamy.

Pour this over the dough mixture.

Stir the egg white in with just a few strokes. It will be somewhat spread throughout the dough, but not completely incorporated. Cover the dish with plastic wrap and refrigerate the dough for at least an hour.

For a single pie crust, take about one-fourth of the dough and form it into a rough ball. You'll likely have excess to cut off around the edges to reuse for another crust.

With plenty of any of the flours used in this recipe on the rolling surface and the rolling pin, roll out the ball of dough evenly in all directions. Turn it over a few times, adding more flour on top and bottom to keep it from sticking, until it reaches the desired size a little larger than your pie plate.

When your pie crust has been rolled out to the correct size, fold it over the rolling pin to aid in lifting it over the pie plate.

Then unroll the crust, letting it slip into the pie plate. Trim off excess dough from edges, leaving enough to turn under and crimp if you're making a single-crust pie.

Yes, this crust freezes well, either rolled out and in a pie plate or packed into a dough ball. Either way, make sure that it's well sealed in an airtight wrapper.

Can I make pie crust ahead of time?

Yes, the dough will keep well, completely wrapped, in the refrigerator for up to a week. It can then be rolled out for pies or tarts.
Or, it could be rolled into a crust or tart shells, covered to seal out the air, and refrigerated for a day before filling and baking.

What if the crust falls apart while I'm rolling it out?

Small cracks can easily be fixed with a patch. Just put lots of flour on top of your patch before you roll over it. If it's a big mess, don't be discouraged! Just pack it all back together in a ball and start over with more flour. This becomes much easier with practice!

Can pie crust be used for tarts?

Yes! This is the crust that I use for my Gluten Free Butter Tarts.

How do get flaky pie crust?

As with all pie crust, it’s important not to handle the dough too much. When you cut the lard into the flour mixture with a pastry cutter, you want to leave it in tiny balls about the size of peas. Combine the egg mixtures into this flour mixture very gently, so the fat is just evenly distributed but no more. It’s the little bits of fat popping with the heat during baking that make the “flakes” we want in our pie crust. If you overwork the dough or use a food processor, your crust won’t be as tender or flaky as it could be.

Do I need to chill my dough?

Because this dough will be very moist and sticky, it’s important to refrigerate it for at least an hour before rolling it out. Not only will it become easier to work with, but also you’ll be handling it less and keeping it tender and flaky. I like to mix my crust dough the day before I plan to actually make the pies. That way, I've broken up the tasks of pie making into smaller, more manageable ones, too.

Can I use this recipe for blind baking?

Blind baking is the baking of a pie crust before filling it. This recipe makes a soft dough. It needs extra flour and pie weights for blind baking. For the details on how to do that, go to my Blind Pie Crust recipe. For all of your pre-filled pies and tarts, this recipe as it is here is ready-to-go awesome! 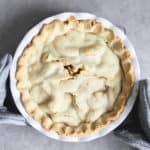 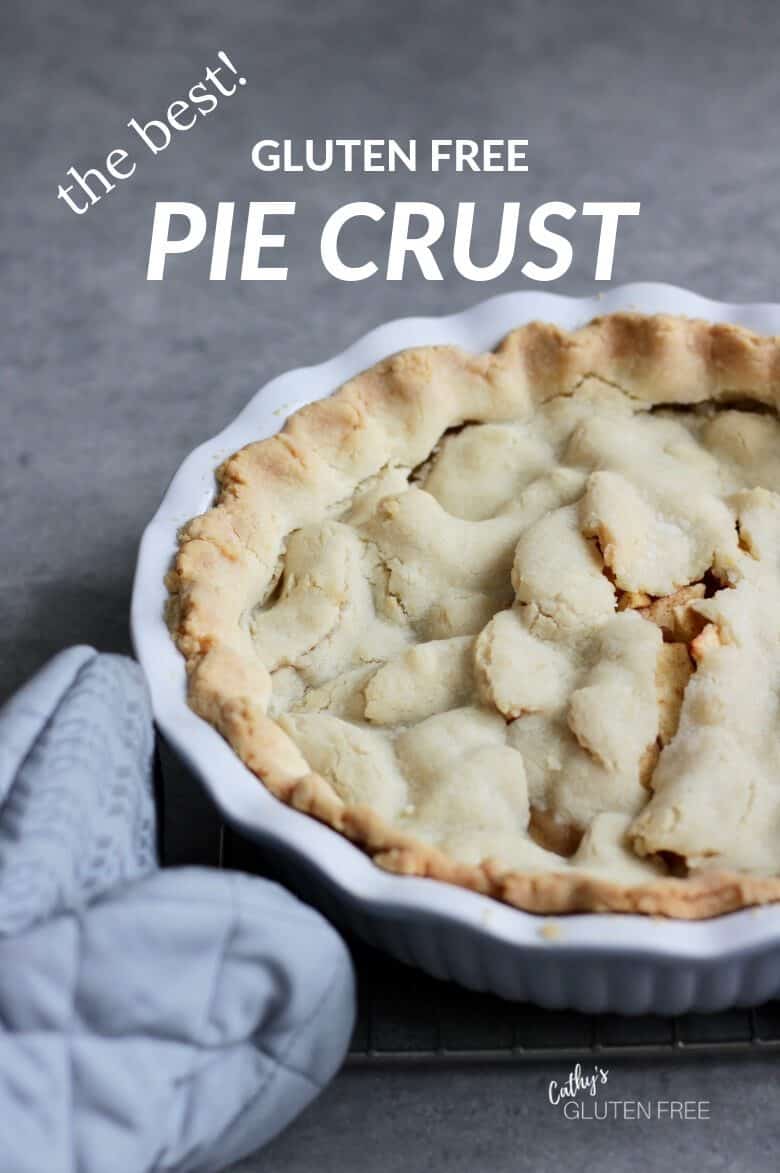