People often ask me how I knew I had to stop eating gluten. It was a very long process! I hope that by sharing my story, I can help someone else skip through to answers faster than I did. It all began with a longing for clear skin.

My skin had never been perfect. I had had a little teenage acne and that sort of thing. Then several years ago, a different kind of spot appeared on my forehead. It was a small, flat, red spot that I basically ignored. It gradually grew larger, but I just covered it with bangs and makeup and carried on. As long as I could keep it covered by hair, I didn’t think too much about it. Life was busy! This went on for a few years.

Was it the makeup?

Then what had become a largish red patch spread onto my cheek area. Now I became concerned! I could no longer cover this up with hair. Makeup did a pretty good job of concealing it, but it was getting worse. I started to experiment with different cosmetic lines trying to get this condition to improve. I eliminated cosmetic products one by one, eventually replacing every brand I used. It seemed logical to me that something I was putting on my face was causing a reaction.

I even went without any makeup on days when I was not going out. Now that I have clear skin, I suppose it would be interesting to have a picture of what I looked like without makeup at that time. That would allow you to see how much of an improvement there has been. However, I don’t believe such a picture exists. I was not going to let anyone take a picture of me looking like that!

I hadn’t realized how good a job my makeup was doing of concealing my problem until the day my brother-in-law showed up at the door unannounced. It was a no-makeup day. Now this brother-in-law is someone I see on a regular basis. When I opened the door that day, he was shocked! His automatic reaction was, “Cathy, what happened to your face?” When I explained that nothing had “happened,” that this was just how I looked without makeup, he was very embarrassed. He need not have been. I was glad for the reassurance that the makeup was doing it’s job. This incident also shows how severe my skin problem was. I’m sure it was rosacea.

Search for a Cure

I continued to look for external factors to heal my skin. Quite some time passed before it occurred to me that the problem preventing clear skin might be internal. One day, as I was watching daytime television – the Marilyn Denis show, I believe – a naturopathic doctor briefly explained an elimination diet. She said that you eliminate certain foods until your skin problem goes away. I think she mentioned other symptoms as well, but “skin” was the only one I heard!

About this time, my medical doctor offered to refer me to a dermatologist. I said that I would like to try a dietary experiment first. As it turned out, I never needed that specialist appointment!

A local naturopathic doctor gave me an elimination diet to follow. As I followed it, I was still skeptical. I was in denial that I had a problem with food. As the name suggests, an elimination diet involves abstaining from certain foods for a time. Then you add back each food one by one. You must monitor yourself closely as you reintroduce a food, looking for symptoms.

Why Didn't the Elimination Diet Work?

My problem at that time was that simply following the diet for the minimum length of time didn’t give me enough time to suddenly have clear skin, or even to see a noticeable improvement in my skin. I breezed through the diet and reported to my naturopathic doctor that no food had caused me any problems. I think this surprised and puzzled her. Or maybe she was used to doubters like me. She carried on to support my system in other ways with special supplements, etc. This was great, but there was no noticeable improvement in my skin.

The Light Came On!

Some time later, after maybe a year or two of clear skin eluding me, I decided to give the elimination diet another try. This time, I paid very close attention to how my stomach and digestive system felt as I reintroduced each food. I remember clearly the day I ate bread after not having had any for a few weeks.

It was winter. (January always seems like a good time for a new start.) Charlie and I had gone into the woods, on skis or snowshoes, and brought a picnic lunch with us. We brushed snow off a fallen log and sat down on it to eat. I was excited to be eating bread that day! However, before I got up off that log, I felt a rumbling in my stomach that indicated I had found my problem.

Should I Eat Gluten Free?

For the first three weeks or so that I had been on the elimination diet, I had been feeling very well. After eating bread that day, issues that I had just accepted as normal or thought were caused by drinking lots of water and eating loads of vegetables returned – in the bathroom department, if you know what I mean. From that day on, I have been careful not to eat gluten.

How Did My Skin Clear?

My skin didn’t clear up immediately, but my digestive symptoms did. By this time, there was just a hint of improvement in my skin – enough to be encouraged. It took weeks or even months to see a definite improvement. It took about a year or more before the rosacea completely cleared, but I was very happy to know I was on the right path.

I can’t explain how skin problems start in the digestive system. I’m not a doctor, but I have a friend who is. Dr. Kimberley O’Brien is a naturopathic doctor who practices in Nelson, British Columbia in Canada. We spent some time together in Toronto where we were both attending a Food Bloggers of Canada conference.

Dr. Kimberley treats patients with digestive concerns like bloating and IBS as well as other symptoms like fatigue, acne, eczema, headaches, joint pain, anxiety and chronic sinus congestion.  She says that all of these conditions are commonly caused by food sensitivities and that they can clear up quickly once the problem food(s) have been identified and avoided.  She tells me that an elimination diet is her first recommendation to the majority of her patients because of how often people quickly experience significant improvements in their symptoms by identifying their food sensitivities.

Note: This post contains affiliate links. If you decide to go on and purchase Dr. Kimberley’s recipes or meal plans to make your journey to health easier, I will receive a commission at no additional cost to you.

I am recommending this program because I believe so strongly that identifying and eliminating food sensitivities would be extremely helpful to many people! It's better than the one I used, so your journey can be more enjoyable. 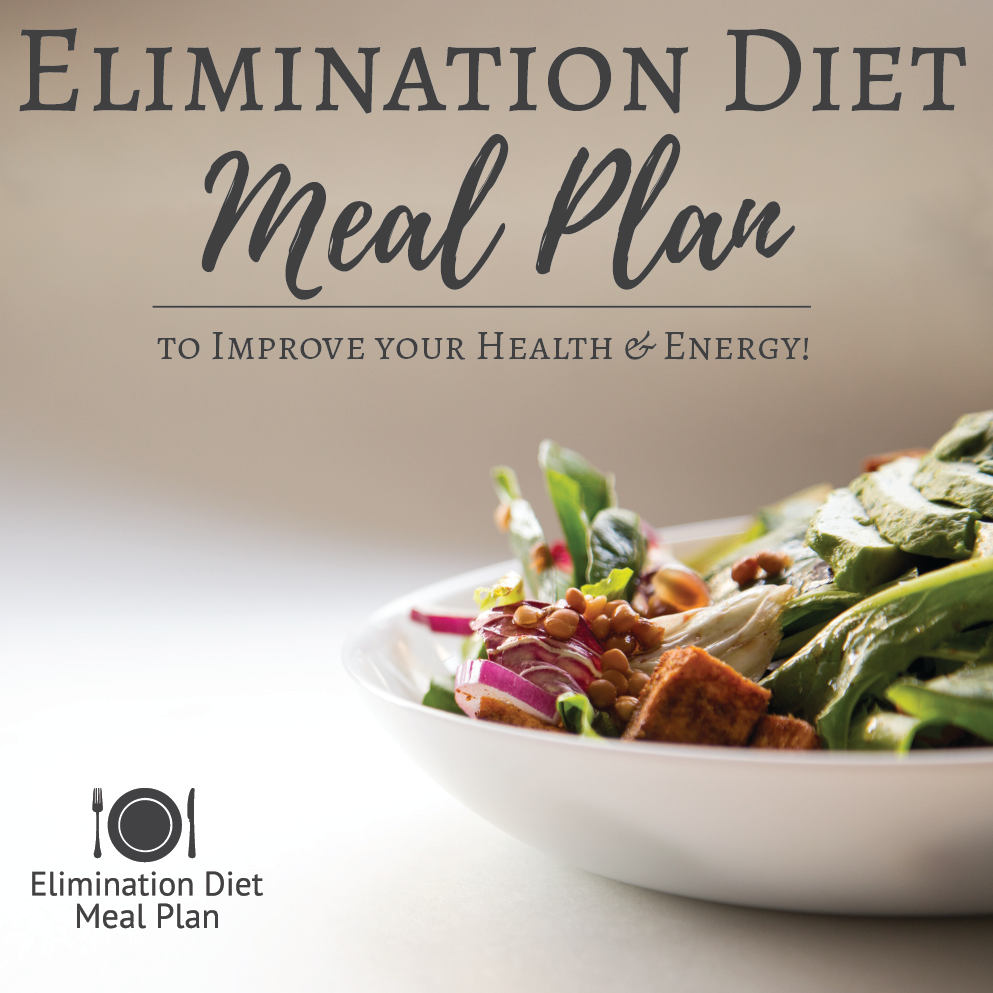 Dr. Kimberley has an online program called the Elimination Diet Meal Plan that makes doing an elimination diet easier and much more enjoyable.  The program includes meal plans, grocery lists, ingredient guides, symptom questionnaires and and over 70 recipes!  You can learn more about it here.

How often do we unnecessarily consider the body pain, brain fog, fatigue, or weight gain to be unavoidable signs of aging or the rosacea, acne, eczema, bloating, or frequent illness to be factors over which we have no control when in reality we could be feeling 100% better with a few dietary changes?

Should I Be Gluten Free?

The gluten free diet might not be the answer for every skin problem. You might be intolerant of a different food. It might be more than one. The Elimination Diet is a good way to begin to sort it out. Go into this with an open mind. Learn how to monitor your body's reactions to certain foods. You might be very surprised by the results, and you'll gain valuable knowledge. By following the diet for even eleven days, you will discover how good you can feel, and you'll come away with some great healthful recipes and meal plans that are yours to keep! 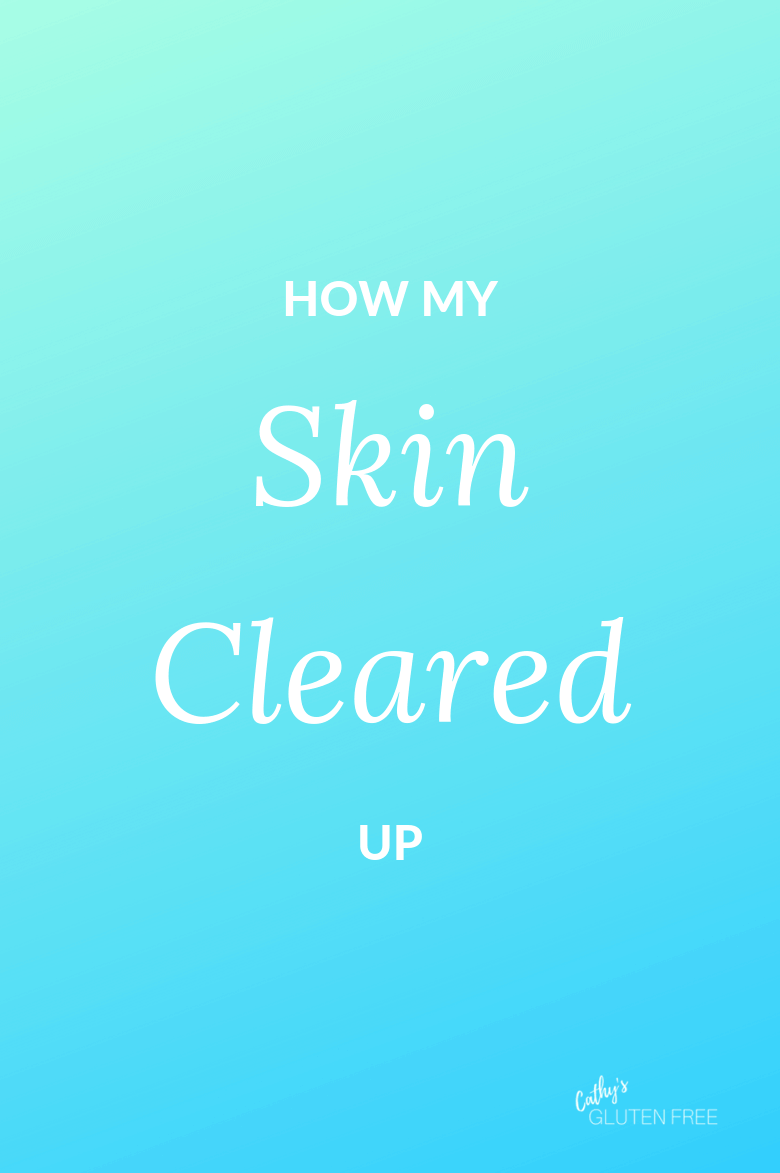