This Gluten Free Cheesecake recipe makes a traditional baked cheesecake with a dense, smooth, and creamy consistency, featuring the fall flavours of pumpkin. A spiced almond crust finishes it off nicely.

Typically, cheesecake crust contains gluten. Cheesecake filling is often gluten free. Some might be thickened with wheat flour, so you need to watch out for that. Pure cream cheese is usually gluten free, so it's not too difficult to make a cheesecake with gluten free filling.

While you can make cheesecake with purchased gluten free graham crumbs for the crust, I wanted to create a whole food option. The nuttiness of almond meal seems perfect for a crumb crust. I added spices to complement the flavour of pumpkin in this gluten free cheesecake recipe.

How to Melt Coconut Oil

I live in Canada where my coconut oil is solid most of the year. The easiest way I've found to melt it for a recipe like this one is to put it in a pyrex measuring cup in my preheating oven. I take a conservative guess at the amount I'll need and scoop it into the cup. As soon as I've turned on my oven to start preheating, I set the container of coconut oil inside. It doesn't need to be left in there very long. Coconut oil has a fairly low melting point. I remove it before the oil has completely melted, so it can finish melting from the warmth of the pyrex cup. At this point, it has usually melted enough for me to check the measurement accurately and add more if necessary.

If you leave the coconut oil in the oven too long, it will become too hot to mix satisfactorily with the other ingredients.

How to Make Gluten Free Cheesecake

Combine the dry ingredients for the crust in a food processor. With the machine running, slowly pour in the melted coconut oil, honey, and egg. Stop processing when it starts to clump up like this.

Press the crumb crust mixture into the bottom and sides of a springform pan.

Beat the softened cream cheese until light and fluffy.

Blend the remaining filling ingredients in a blender.

With splash guard in place and mixer running, slowly pour the liquid from the blender into the the beaten cream cheese. At least once, stop to scrape down the sides and bottom of the mixing bowl. Beat until the filling is smoothly combined. Carefully pour it into the prepared shell.

Bake until the centre is almost set. Leave in the oven with door open to cool. Then cover and refrigerate. 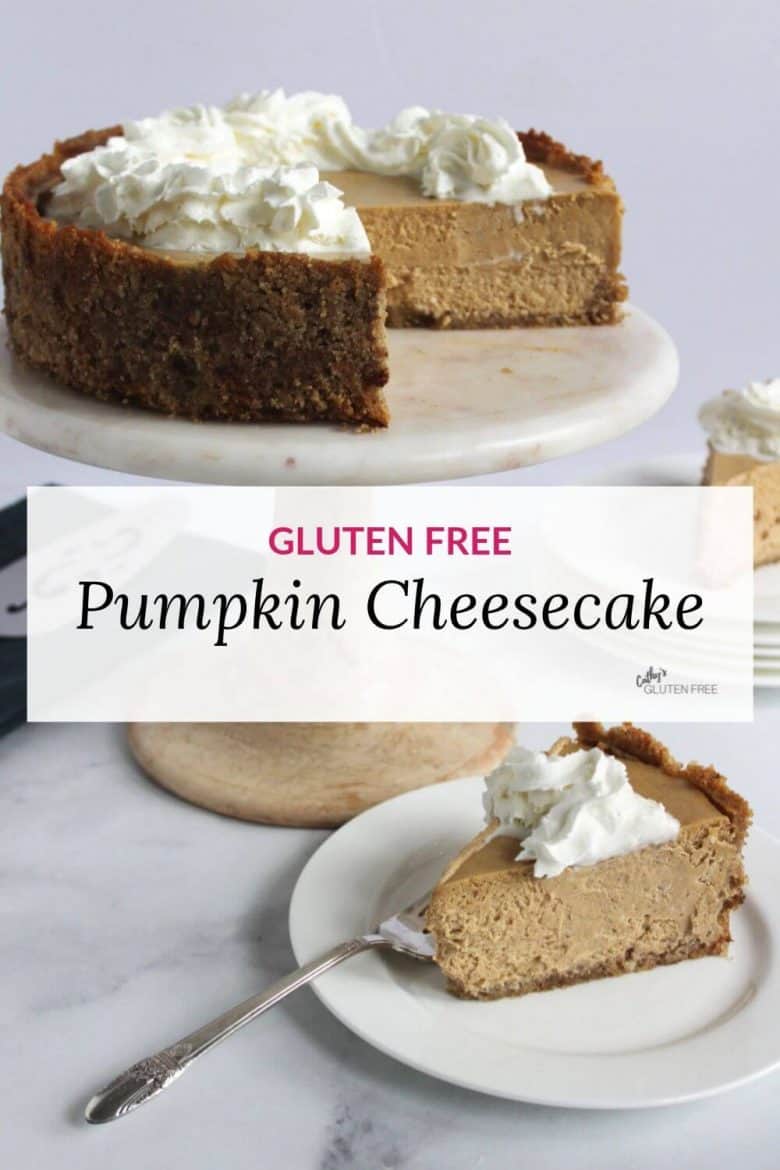