Christmas pudding is a traditional British dessert that goes back hundreds of years. This one is made of carrots, potato, apple, raisins, and dates steamed with a blend of gluten free flours and coconut palm sugar. Enjoy a  decadent coconut sugar sauce drizzled over each serving.

Traditionally, Christmas pudding was made largely of dried fruit, similar to my Christmas fruitcake. In the past, it has sometimes been called plum pudding even though it didn't actually contain any plums. Apparently, plum referred to raisins or dried fruit in the pre-Victorian era.

You may also have heard of figgy pudding in the old Christmas song, "We Wish You a Merry Christmas." It seems that it did contain figs.

This Carrot Christmas pudding comes from the recipe my mother used to make each year. I also followed that recipe in my pre-gluten free days. It contained carrots, potatoes, and apple in addition to some raisins and dates. This seems to be typical of what was made by the British who settled in Canada. I suppose that carrots, potatoes, and apples would have been more readily available than dried fruit.

When to Serve It

I like to offer Christmas Pudding as the main dessert after our traditional dinner of Roast Turkey and Cranberry Sauce.

I've kept the amounts of carrots, potato and apple the same as in the old recipe, but found a gluten free flour blend that works well.

I also reduced the sugar from my mother's recipe. In developing this new version, I hesitated to use coconut palm sugar, so I made a few test batches with organic raw cane sugar. As it turns out, we like the pudding better with coconut sugar! Coconut sugar makes a very nice sauce, too!

How to Steam Christmas Pudding

My mother steamed her Christmas pudding on the stove top. I used to cook mine in a slow cooker, but now I steam it in my Instant Pot. If you don't have either appliance, you can steam yours on the stove top. Whichever way you cook yours, it leaves your oven free for other things. 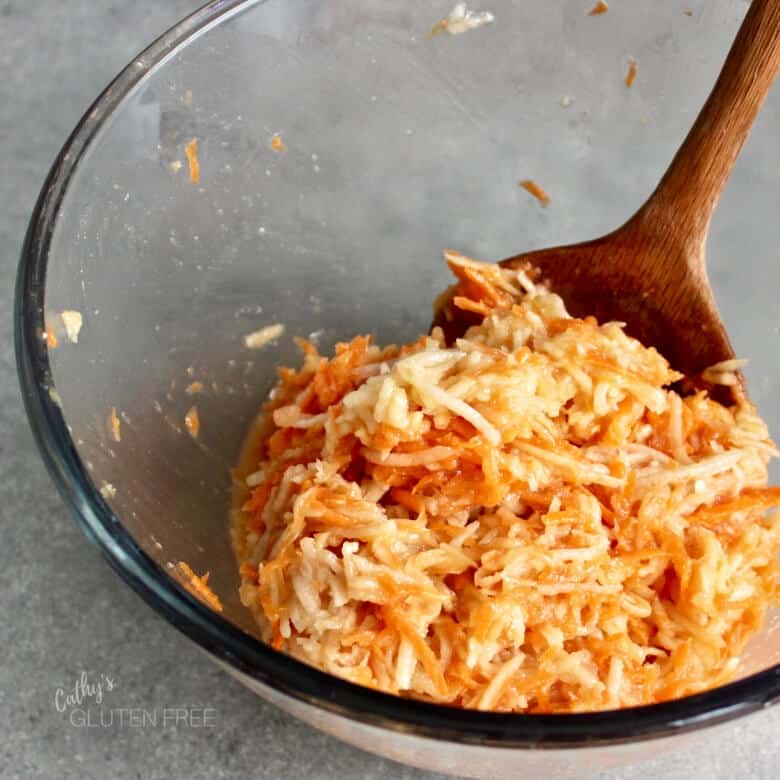 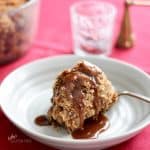 Carrot Christmas Pudding is best served warm with sauce drizzled over it. Leftovers will keep several days in the refrigerator.