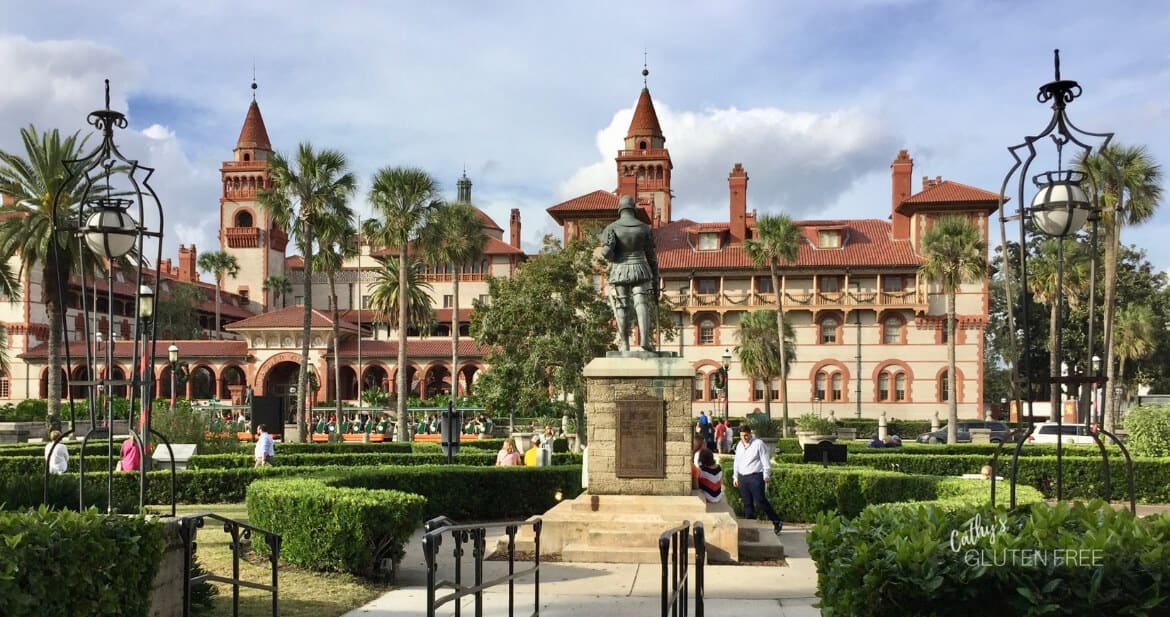 Eating gluten free in St. Augustine, Florida, can be challenging, but I did find good food and really enjoyed myself!

How Did We Come to Be in St. Augustine?

We spent the Christmas holiday in northern Florida with family. Most of 2018 had been very busy for us with a big downsizing move. Now that we’re fairly settled into a temporary rental unit, we thought this would be a great time to take a relaxing cruise out of Florida. Although we have flown into Miami before and previously spent time in Fort Lauderdale, we had never driven down and explored the Florida coastline.

Friends had told us good things about St. Augustine on the northeast coast of Florida . It’s the oldest continuously inhabited European-established settlement within the borders of the continental United States. We decided that this would be a good opportunity to spend some time exploring the charming little city while we made our way to the Fort Lauderdale cruise port. In fact, we enjoyed St. Augustine so much that a tiny part of me feared that the cruise might be a let down. It wasn’t, but I’ll tell you more about that another time!

Our Visit to St. Augustine

We chose to spend two nights and a full day in St. Augustine. I’m so glad we did! The historic downtown area is lovely for walking, seeing impressive old Spanish architecture, and being tantalized by artsy shops and a variety of food and drinks. Charlie and I visited in early January while many people were still on their holiday breaks. The Nights of Lights trolley tour to see the lights at night helped to extend our Christmas season.

The weather was perfect with a mix of sun and cloud and temperatures in the mid-twenties, Celsius. We spent a full day walking around seeing the sights. Exploring historic downtown sections of old cities is one of our favourite things to do.

Our first evening in town, we dined at Raintree Restaurant. It’s a dinner place with friendly waiters in ties. Patrons were dressed from casual to dressy and anything in between. Sitting outside on the patio, we basked in the warmth of the evening air and glow of holiday lights strung around the trees.

Our server seemed to be knowledgeable about which dishes on the menu contained gluten. I chose a Catch of the Day – there were three or four options which could be prepared in as many ways – grilled salmon. It came with saffron rice, a vegetable, and a side salad.

The only glitch was that my salad arrived with a couple of pretzel sticks on it. I didn’t know that they were usually part of the side salad but had informed the waiter that my food needed to be gluten free. When I pointed out the error as soon as my salad arrived, he immediately apologized, then took it away to have may salad remade. Good call, I thought. Just removing croutons leaves crumbs which can cause a reaction in a person with celiac disease.

The salmon was thick, perfectly moist, and flaky. What a lovely evening to set the stage for our time in St. Augustine!

In the morning, we headed into the historic downtown section in search of breakfast. That didn’t pan out too well in the gluten free department. Charlie was able to have a pastry with coffee, while I was glad for the ginger cookies I had brought with me and snacked on previously in the room.

By lunch time, we were hungry. My dream was to eat seafood on a patio by the water, and we got to make that wish come true. Harry’s, overlooking the bay, turned out to be a very good choice. They have a gluten free menu which lists the items from the regular menu which either are or can be made gluten free. In many cases, it’s a matter of leaving off croutons and certain sauces. Our server was helpful and friendly. They are under a lot of stress, as the holiday season is the busiest time of year for St. Augustine. The seared tuna salad was very satisfying.

By mid-afternoon, we sought out May Day ice cream. Charlie was craving an ice cream cone. While lots of ice cream is gluten free without the cone, I didn’t expect to have any because of my casein intolerance. Fortunately, I asked the gentleman behind the counter if I could get a smoothie nearby, that I loved ice cream, but have a dairy intolerance. He told me that they have four flavours of dairy free ice cream. I would not have known that! I was happy to be able to enjoy a cold treat, too!

Dinner time found us at Mojo BBQ. Southern barbecue is usually a safe bet for the gluten intolerant as long as we stay away from the bread or buns that accompany it. Mojo BBQ has a gluten menu that’s a little different from others. It lists only the things which contain gluten: the usual croutons, breads, and anything battered and deep fried, as I recall.

The hostess at Mojo BBQ told me that while the sauces aren’t listed on their gluten menu, they don’t claim that they are gluten free. This is because of something that’s in them. She said that there isn’t enough gluten for it to cause a reaction, but because it’s there, they don’t make gluten free claims for their sauces. I found this very interesting. I know that there is an allowable limit for gluten to be present in miniscule amounts while an item can still be labeled gluten free. Presumably, the gluten level in MoJo’s sauces was under this limit. Anyway, I took my chances, tried each of the five sauces on my pulled pork shoulder, and haven’t been aware of any reaction since.

Any of the Mojo’s barbecue choices are served with a choice of sides. I enjoyed sweet potato mash and a side salad without croutons. I’m sorry, it was too dark to get a good picture. Once again, we enjoyed eating out on the patio. What a treat that is for a couple of Canadians in early January!

Before pulling out of town the last morning, we grabbed some breakfast and coffee at City Bistro Tea & Coffee Co. I had wanted to go there because it looked like a modern, cool spot; was near our hotel; and their website said this:

Special attention is given to vegetarian, vegan, gluten free and healthy options because we believe in encouraging diversity at the table & carefully curating a menu that satisfies every individual.  Our Chefs & Baristas are well-informed & knowledgeable about the origins of every product & it would be our pleasure to custom-make any item to suit your preferences and requirements.

When we arrived, I found the staff at City Bistro to be less knowledgeable and flexible than I had hoped they would be. I asked if a certain bowl would be gluten free and was told that it would not because it had potatoes in it. Okay, well, potatoes don’t contain gluten on their own, but maybe there was something else on these ones.

Then, the fellow behind the counter said that the only gluten free things they could offer would be one of the sandwiches on gluten free bread ($1.49 extra). They use Udi’s bread. It tastes good, but doesn’t work for me because it has cornstarch in it, and I’m intolerant to corn. Apparently, the staff at City Bistro won’t make any custom orders. They can only edit (by omitting) what they already have on the menu.

Finally, I selected the Chicken Bowl which was confirmed to have no gluten in it. It was a nice, warm bowl full of vegetables, eggs, and a generous portion of chicken. In the end, it was filling, and I enjoyed it.

I came away from St. Augustine satisfied and feeling well. To be fair, it isn’t always easy to find gluten free food in busy tourist destinations. I would certainly visit the city again and allow more time for exploring both the history and the food. 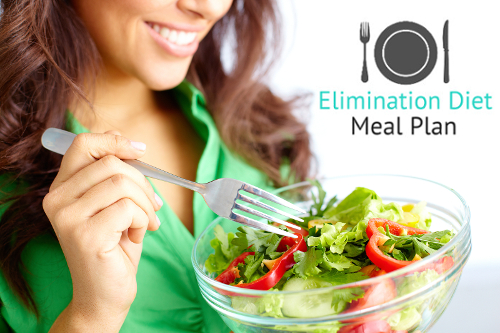